Relationships / The Beauty of Difference

Love From A Height

“So, can I ask you a question about being tall…”

She giggled, her eyes darting to the side nervously. I felt my jaw and fists clench instinctively, preparing in case her question about ‘tall people’ would force me to slap the ignorant stupidity out of her.

“Do you only go for tall guys?”

I blinked, her question leaving me in stunned silence as my mind raced through previous boyfriends, crushes and flings. Was there a defining characteristic about my previous partners that allowed me to place my hand on my chest and say ‘I only go for guys that have *insert defining characteristic here*’. But there wasn’t, which surprised me even more. I couldn’t even say ‘I go for guys that aren’t an asshole,’ because I, similar to other women, have kissed a few frogs.

I decided to be bluntly honest,

“Um… I definitely feel as if I should be going for taller guys. But it’s not that simple.”

She scoffed, her eyes glazing over recalling her own past relationships;

Finding Love As a Tall Woman

Round 1: Tall Woman vs The Experience Collectors

“I’ve never had a tall woman before…”

Doesn’t this statement make you shudder?

You could change it to;

“I’ve never been to Melbourne before…”

And that’s just it, I’m not a holiday destination you can rate on trip advisor, I’m a multi-dimensional person with complex thoughts and emotions. This round can also be considered Woman vs The Sexist, especially since it’s got all the gory objectification of woman thing happening.

And here’s a tip no matter your difference, an Experience Collector will always be focused on the defining characteristic they’re after. They may not approach you like I was approached, but sooner or later you’ll know they see you as a one dimensional being.

Round 2: Tall Woman vs The Closed Mind

Don’t love for the love of love… Don’t close your mind to love. Round 2 is about us tall woman being our own worst enemy. And the only way I can articulate it is by another example.

“I only like Men who are Batman at night and a billionaire during the day.”

If there are 7 trillion people on this planet where 51% are women and 49% are men, by stating I will only like men who are Batman, I’ve pretty much taken myself out of the game, especially since Batman is a fictional character.

Don’t get me wrong. There are turn ons when dating and looking for your partner. Just get rid of the turn offs. Stop dismissing potential partners because of their outwardly appearance, and maybe it will stop happening to you.

After all, if Nicole Kidman had dismissed Keith Urban for being smaller than her, we would never have gotten Sunday Roast… I mean Sunday Rose!

If you can’t stop those turn offs running through your mind, take some time to investigate why you have these ‘turn offs’ in the first place. Which gets us to round 3…

Round 3: Tall Woman vs The Closed Mind Makers

“I definitely feel as if I should be going for taller guys.”

Like the time I was sitting in reception waiting to be collected by the nurse to take me in to get my wisdom teeth out, and there on the screen, taking up the top left hand corner of the screen, was a doctor and a nurse. The doctor was a man, the nurse a woman, and the man was taller than the woman. This is just one Close Mind Maker you may encounter in any given day.

And they add up. So if you’re turn offs are increasing or aren’t going away, make a checklist of how many Close Mind Makers you’re encountering each and every day. Once you become aware of them, you have the power to do whatever you want with them. You can accept them as truth, or shrug them off as a stereotype that has no relevance to your reality.

Round 4: Tall Woman vs Male Confidence

I’ve had my friends introduce me to an extremely tall man at a pub once. They were trying hard to play matchmaker (bless their hearts). Tapping him on the shoulder, they gave a little wave and pointed at me,

“Hey there, you should meet our friend, she’s really tall too, something you both have in common.”

His response? A quick once over to assess my ‘worthiness’ and a dismissive,

Giving my shocked friends a told-you-so look, I exclaimed loudly back to him whilst patting him on the shoulder,

“Nawwww… it’s ok to be threatened by my height”

and left him to it.

Which brings me to round 4…

A confident male won’t give two hoots about your height. Whether tall, small or average, if the man is at peace with his masculinity, has good self-esteem and great confidence, he won’t see your height as a threat.

Round 5: Tall Woman vs Inner Happiness

Whether male or female, tall or small, a partner won’t make you happy unless you are happy with yourself. Besides, how can someone else love you when you don’t love you?

Relationships, after all, are a reflection of yourself, so to the tall ladies out there, we were given this height for a reason. Whether it was to stand out or give us an advantage when it comes to grabbing that pickle jar on the top shelf down at the supermarket.

Start making peace with those extra inches, And your love life just might surprise you…

Want to read more from Sheran? Check out Life from a Height.

Sheran Dempster was born and raised in Western Australia.

When not writing, Sheran enjoys swimming and eating chocolate. Family and friends are a big part of her life, you might read an occasional story that showcases their characteristics. Sometimes on full moons she sings in the shower.

For more from Sheran Dempster, check out her website at www.narehs.com

The Impact of Religious Difference – by Abdul Mateen

It’s about damn time I liked myself! 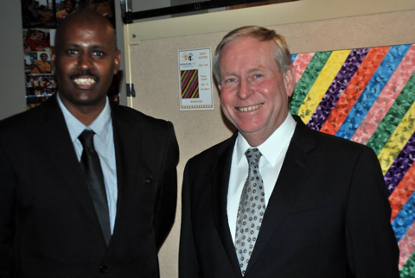 The Future is Bright for Abdulrahim Elmi

15 of the Best Ever Articles on Writing

Learning to love my imperfect self! 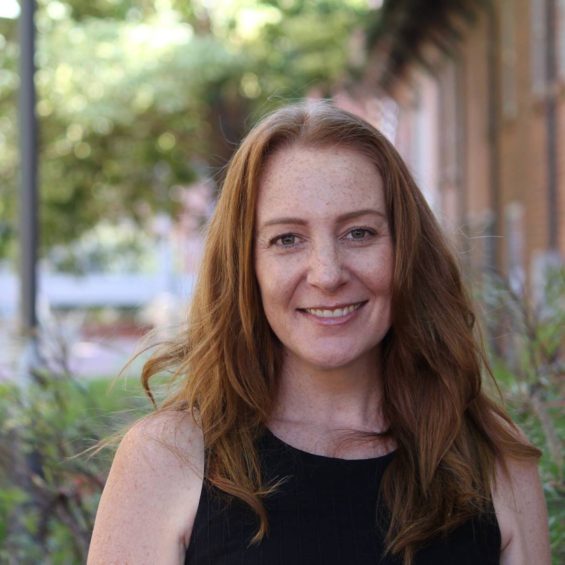